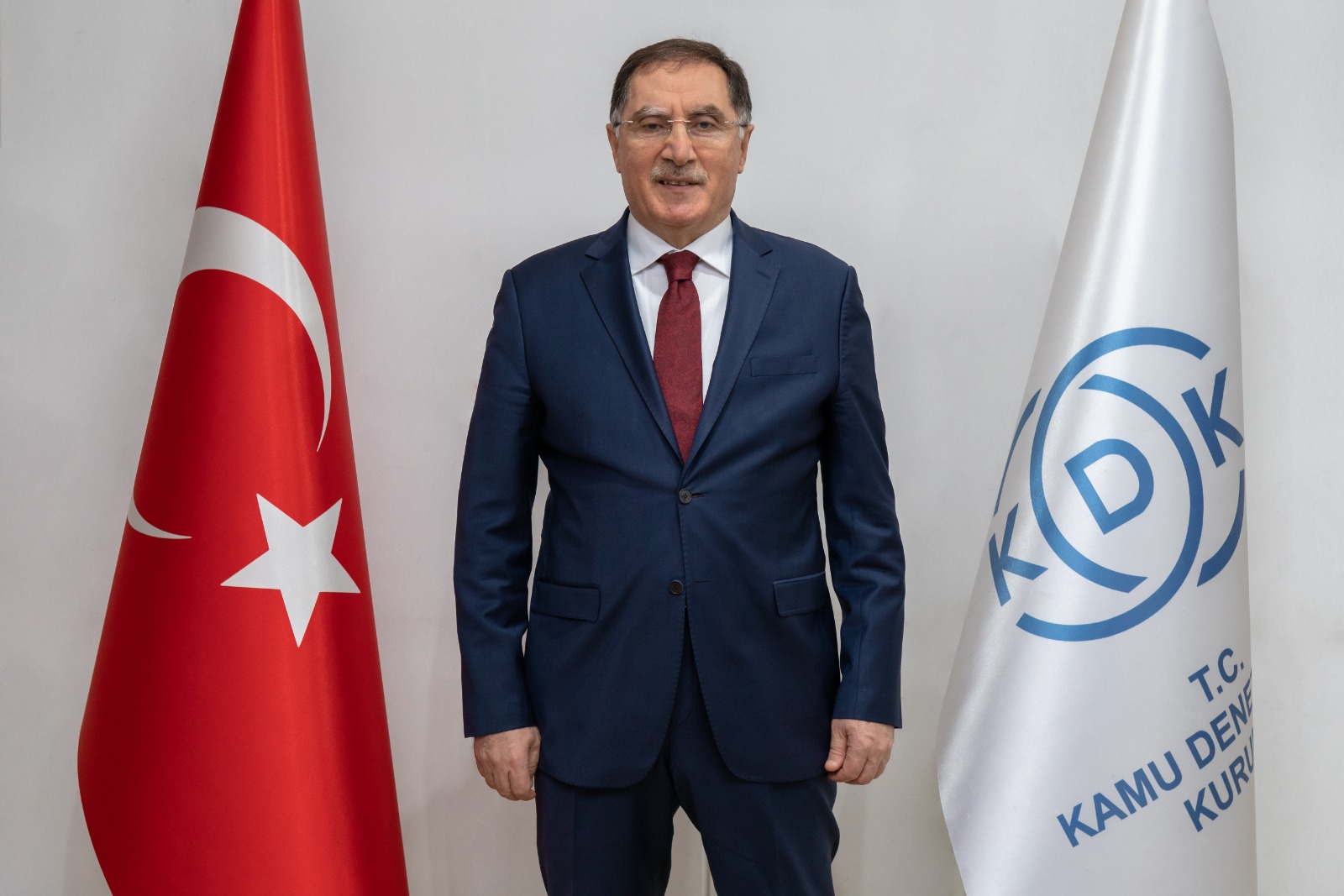 Chief Ombudsman of Turkey Mr. Şeref Malkoç was born in Trabzon in 1960. He completed his primary, secondary and high school education in Trabzon. While he was in high school, he was the regional chairperson of National Turkish Student Association (MTTB) secondary education committee. He graduated from the Faculty of Law at İstanbul University in 1982. He practiced law in Trabzon for 10 years. During this period, he also worked as an executive in many NGOs including Yavuz Selim Foundation and Trabzon House of Culture. He gave lectures on Constitutional Law at the Faculty of Economics and Administrative Sciences of Karadeniz Technical University (KTU).

He worked as the Trabzon Provincial Chairperson of Welfare Party (RP). He was elected as a Member of Parliament, representing Trabzon province in the Grand National Assembly of Turkey (TBMM) during 20th and 21 st parliamentary terms, between 1995 and 2002. As a Member of Parliament, he served as the spokesperson of the Justice Committee, Vice Chairman of the Constitutional Committee and Vice Chairman of Turkish-German Inter-Parliamentary Friendship Group. He prepared the defenses for RP and Virtue Party (FP) closure cases and defended these Parties in front of the Constitutional Court. He was Vice Chairman for RP, FP and Felicity Party (SP). He also served as an Advisor to Prof. Dr. Necmettin ERBAKAN, the Prime Minister of the 54th Government of Turkey, for around 10 years.

He also worked as an executive for several national and local radio and TV stations. He was the representative of the Justice and Development Party (AK Party) for two years in the Supreme Election Council. During his tenure, he contributed to the March 30, 2014 Local Election, and Presidential Election on August 10, 2014 as well as General Elections of June 7, and November 1, 2015. His articles and op-eds on Constitution and Presidential System were published in various journals and newspapers. He wrote a book titled “The New Constitution and The Presidential System in 40 Questions”. He also worked as a Chief Advisor to H.E. Recep Tayyip ERDOĞAN, the President of Turkey.

The Chief Ombudsman Mr. Malkoç has paid visits to tens of Universities located in 81 cities and given lectures on the topic of “Justice and Human Rights.” During his tenure as the Chief Ombudsman, he also visited 81 provinces of Turkey. During these visits, he came together with citizens, listened to their problems, and brought together the citizens and the local administrators of that province. Through his hard works in Turkey as well as abroad, he contributed to the promotion of the culture of ombudsman.

He is married with three children. 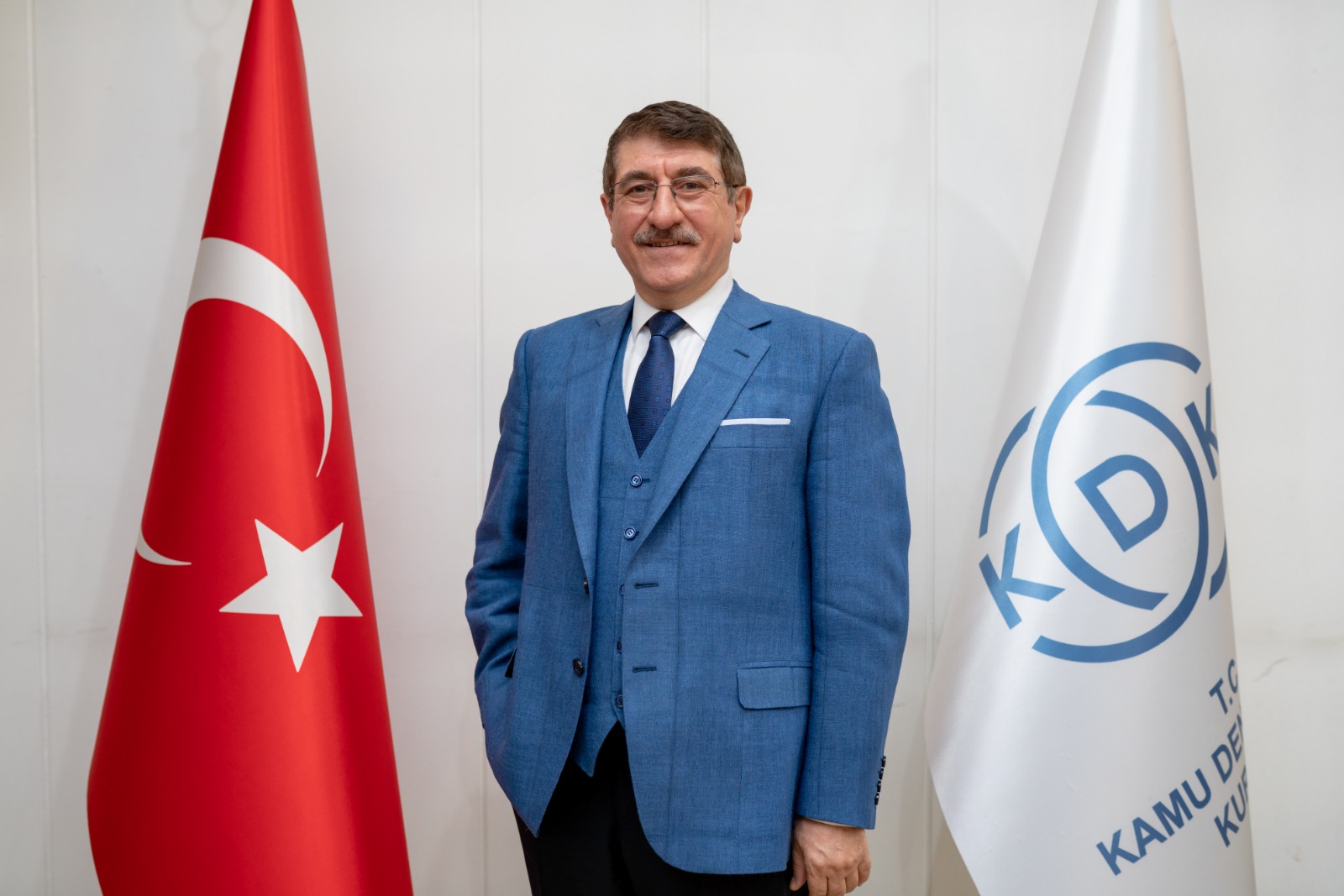 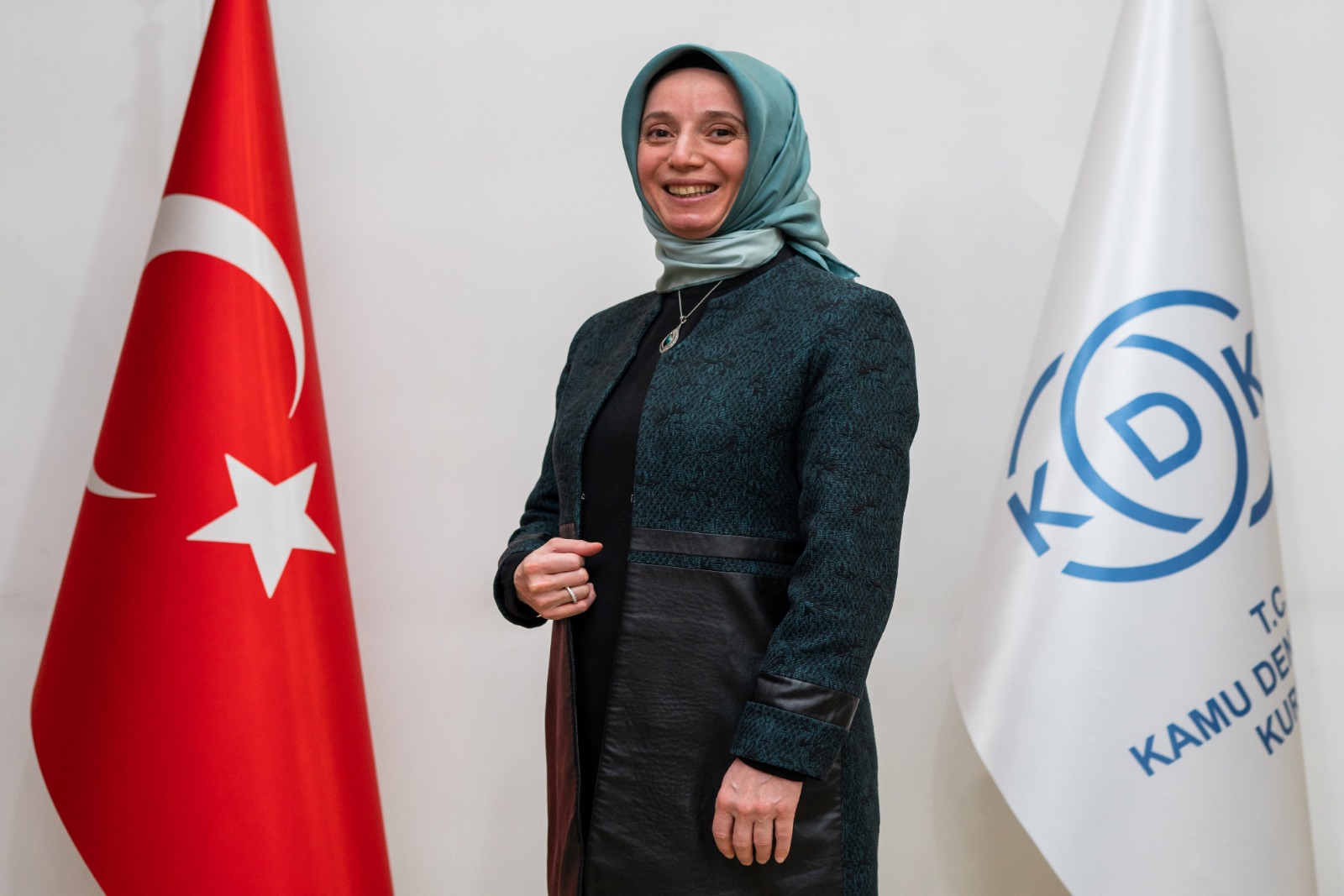 As a Lawyer, conciliator and mediator, Fatma BENLİ YALÇIN elected as the Ombudsperson by the Joint Committee of Petitions and Human Rights Inquiry under Grand National Assembly of Turkey for 4 years on November 11, 2020. Mrs. Yalçın is a Graduate of Istanbul University’s Law Faculty, she earned her master degree at Marmara University’s Law Faculty in 2015. She is postgraduate student at Ankara Yıldırım Beyazıt University’s Law Faculty. Mrs. Yalçın was awarded for her valuable work on human rights for 15 years, selected among the “500 Most Influential Muslims in the World” in a publication published by Georgetown University in 2009. In 2012, she was also appointed as a member of the National Human Rights Institution of Turkey by the Decree of Council of Ministers. She served until 2015. 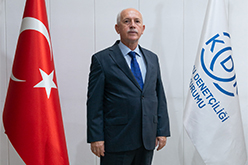 Born in Pınarhisar (Kırklareli) on August 15, 1963. Following his primary and secondary education level, he passed public boarding school examination and attended to İstanbul Technical School of Civil Works. Completed his secondary education level in that school. Graduated from Faculty of Economics and Administrative Sciences in Marmara University. Continued his career which started at H.Nimet Özden Foundation in the year 1980, with several press institutions as journalists between the years of 1984 to 1986, and as a contracted civil servant in the Department of Finance under Turkish State Railways between the years 1987 to 1988. Following passing the Examination of DG for Foundations for the Position of Assistant Inspectors, he was assigned as the assistant inspector to DG for foundations through official approval dated 04.11.1988. Worked in this DG as an assistant inspector for a period of 3 years. Following passing Special Competence Examination for Assistant Inspectors, in line with relevant regulations, he was assigned to the same DG as the Inspector. After working as an Inspector in DG for Foundations for 16 years, he was assigned as Foundations Council Member through a Decree dated 04.06.2004 with ref no. 2004-5008. Worked as a Foundations Council Member in the DG for Foundations between the dates of 17.06.2004 to 12.12.2016. 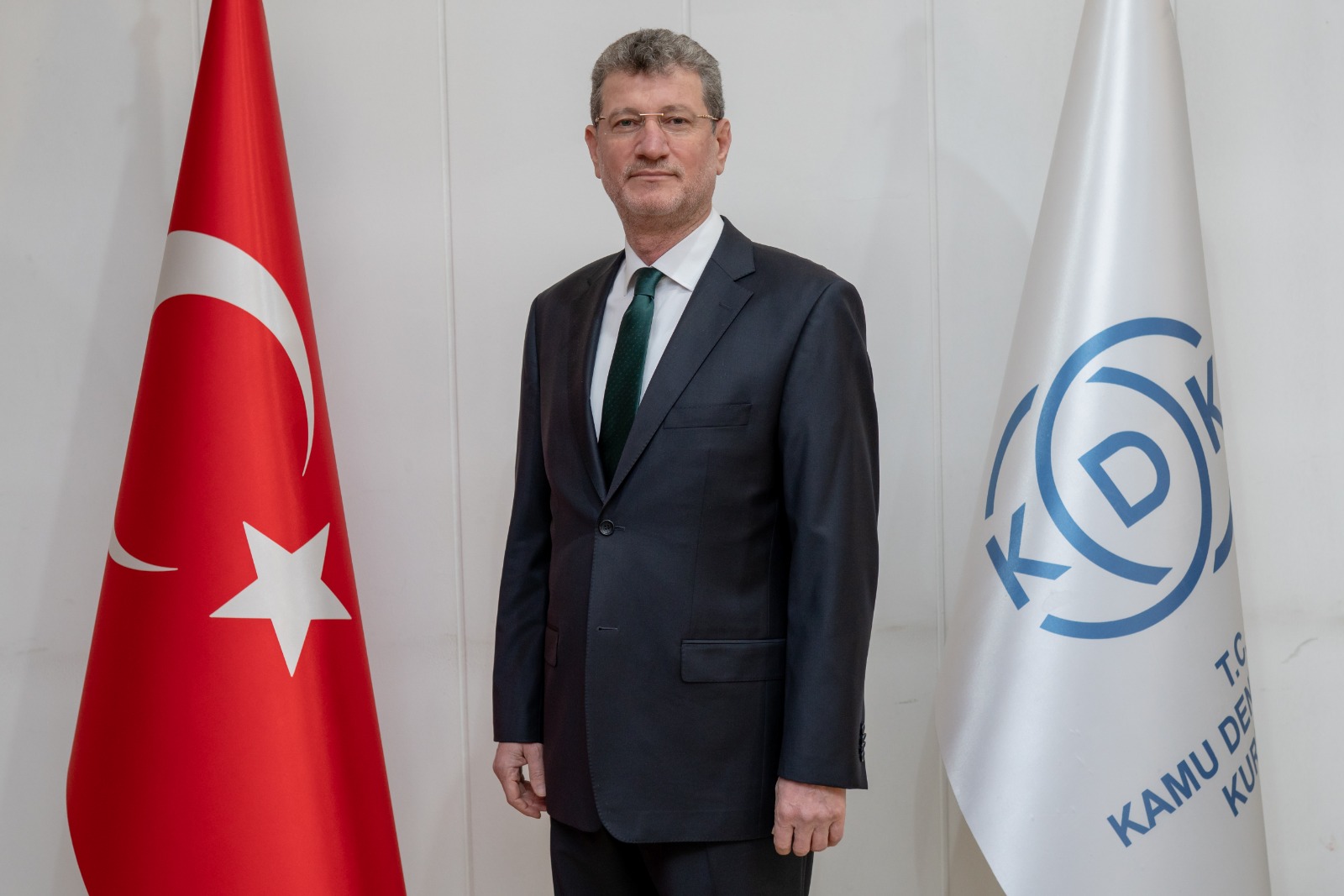 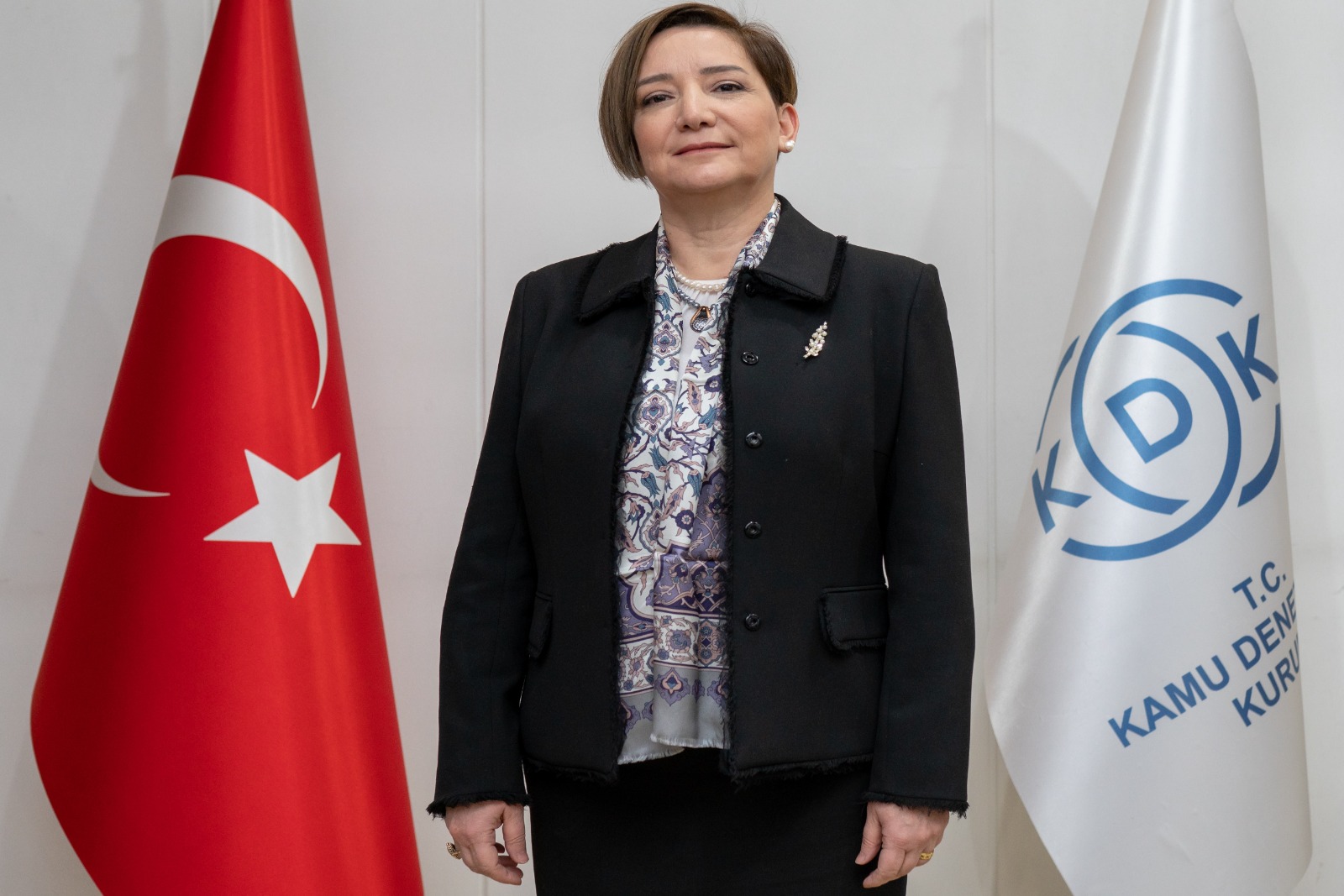 Our Institution participated in the Vienna working visit within the scope of the IPA Strengthening Fundamental Rights Sector Coordination Project.

Our Institution participated in the Vienna working visit within the scope of the IPA Strengthening Fundamental Rights Sector Coordination Project. Within the framework of the visit, meetings were held and experience was shared with the representatives of the EU Agency for Fundamental Rights, Austrian Directorate for Women and Equality, the Organization for Security and Co-operation in Europe (OSCE) Representatives on Freedom of the Media, and the representatives of the Austrian Ombudsman Institution.

2020 Annual Report Of The Ombudsman Institution Of Turkey Now Available 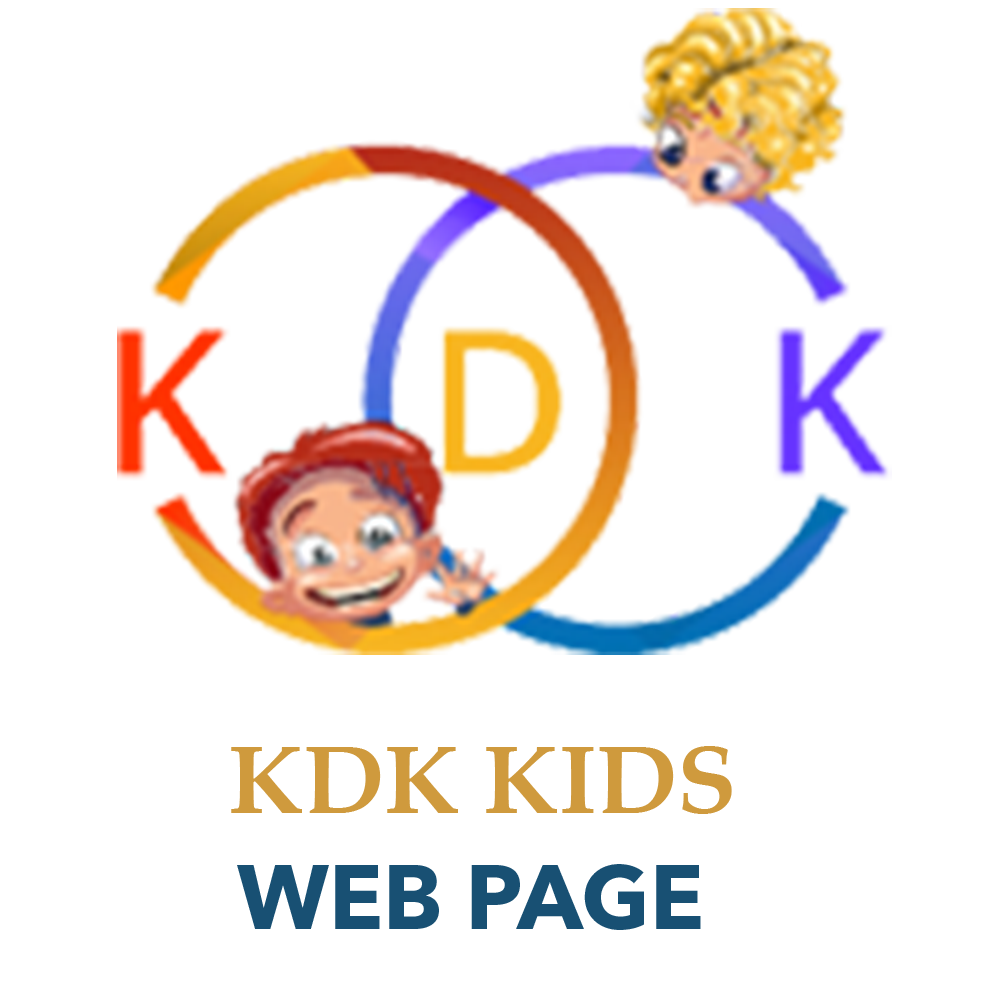 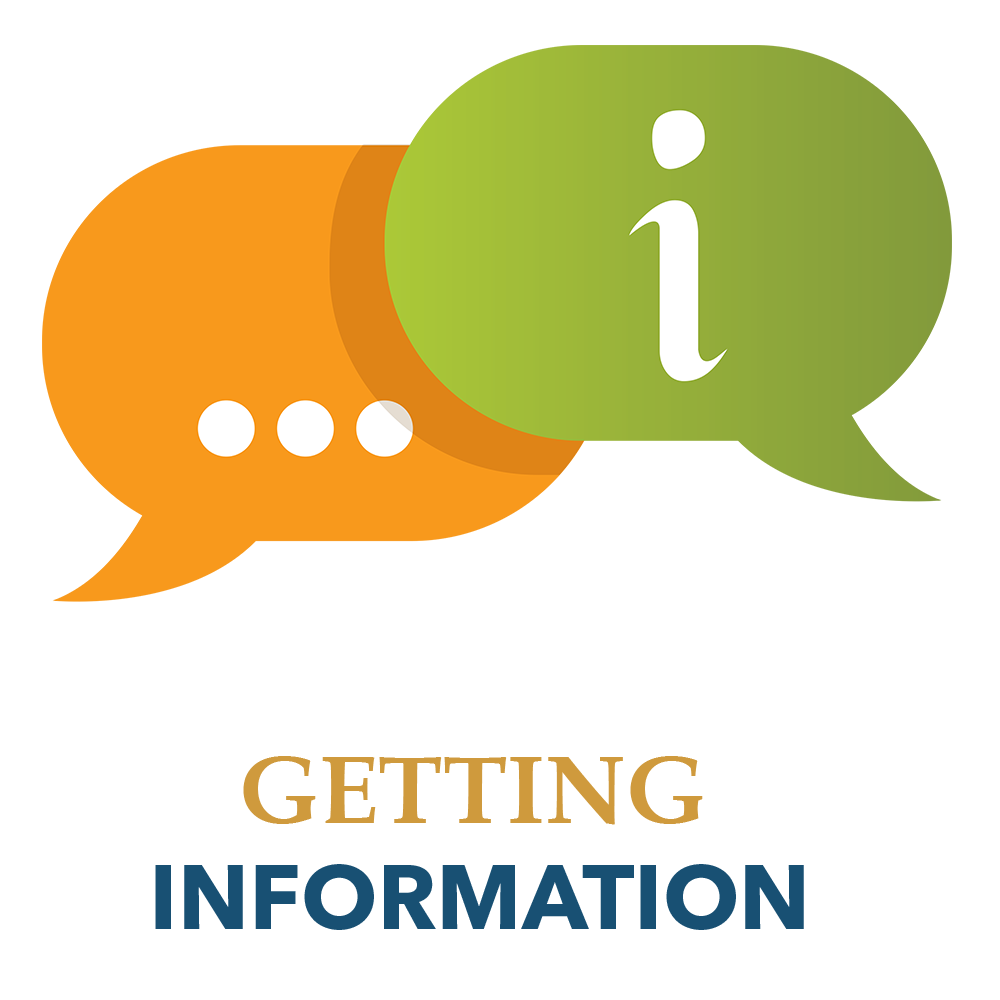 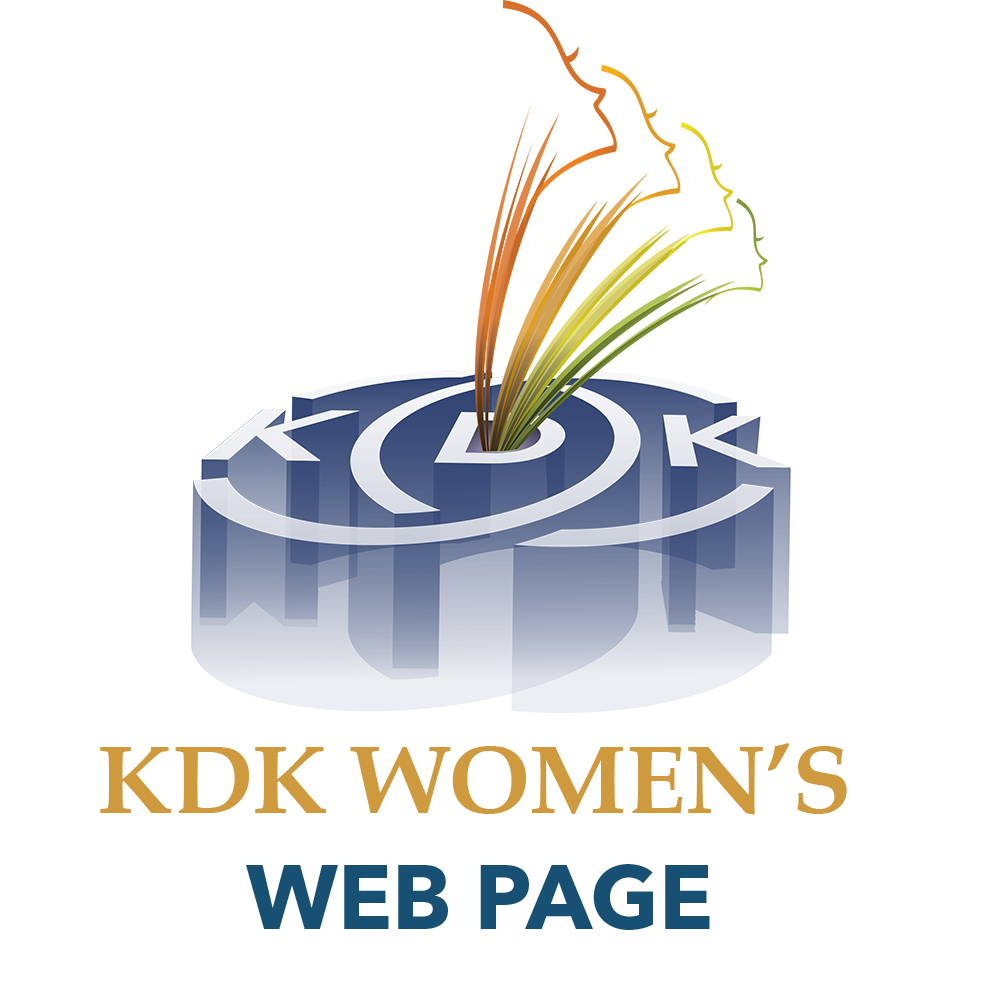 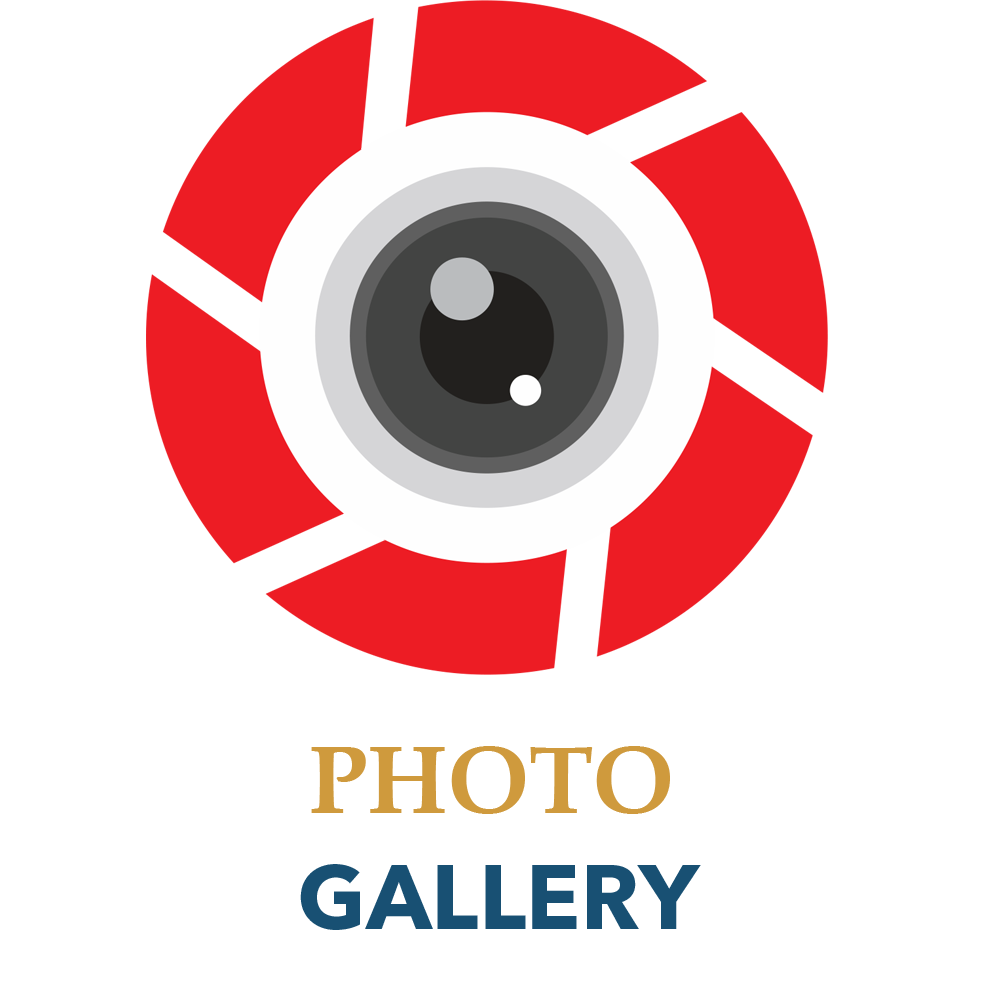 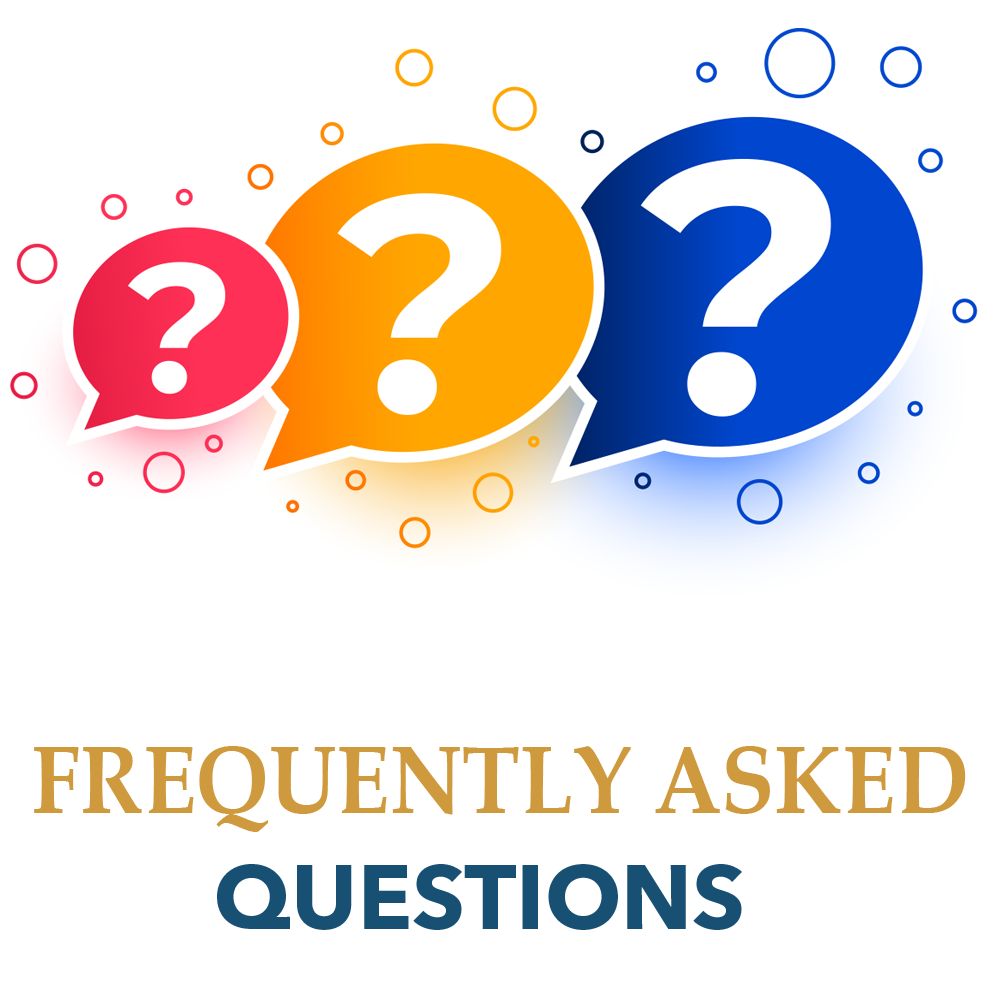 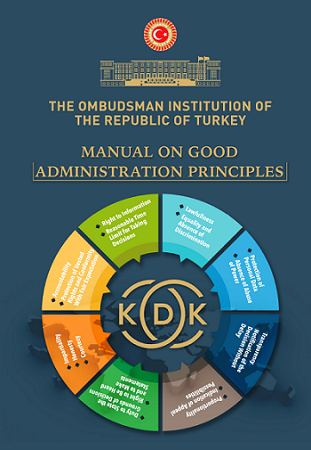 You have a constitutional right to apply to the Ombudsman

Come to us before you go to court